On Saturday night, Dad took the canoe out, with the little boys, to trek over to the lily pads. The frogs are so loud across the lake — they don’t give a hoot who might be trying to sleep. He always plans to do this, but with all the repairs, chores and cleaning up, it rarely happens. So, he just decided it was now or never…. even if it was almost midnight when they left. I only asked that they brush their teeth before they left.Â  Dad was no match for his little sly frog catcher, who knows that “frogs can’t see from the side — you have have to reach for them from the side.” 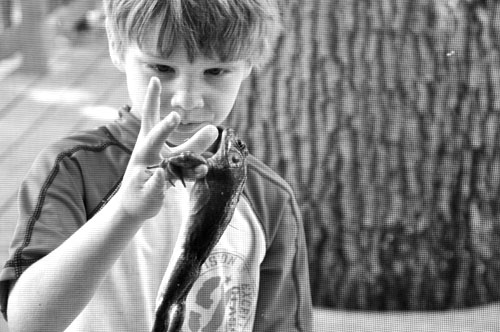 They were gone over an hour… the boys delighted with the two frog pets they found, and my husband more delighted at watching their little agile skill. Mind you, these are frogs for pets, not for eating. In two days time, they re-released them back to the lily pads — “so they can survive.”

Actually, they released the frogs several times on Sunday… and low and behold, “I caught him again.” The frogs just kept re-appearing into their nets. 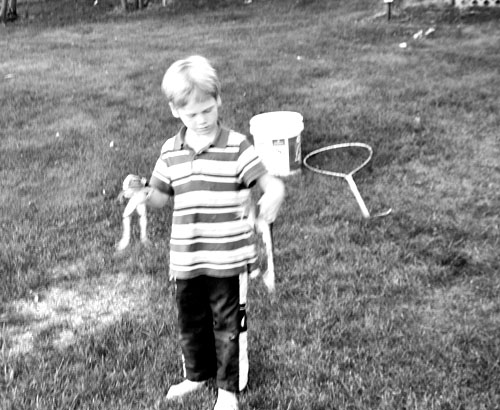 I have a sneaky suspicion that the frogs felt like they were in the movie, Groundhog Day.Â  Haven’t I been here before… 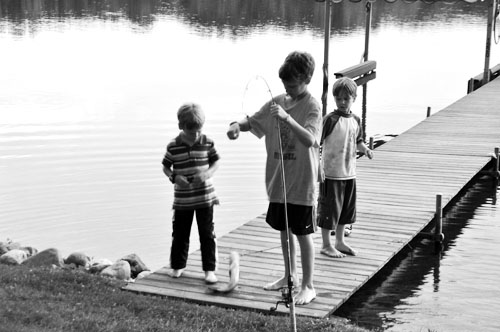 I don’t touch the frogs, or the fish. I don’t help them put the bait on their fishing poles — they do that themselves, because I don’t fish. Nor do I care to learn. 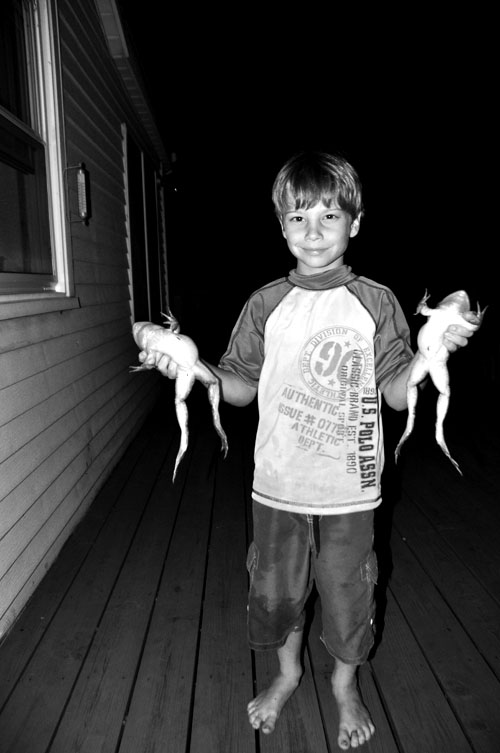 In general, frogs and fish, are not my idea of fun. 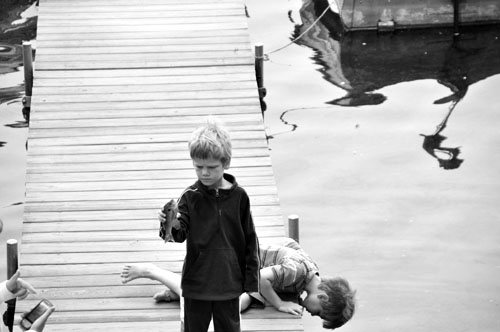 But I do find immense pleasure in the fact that these little creatures delight my boys so much.

So, when they call me outside to take a picture because “I’ve caught another one,” I try to snap every one.

What else would boys do at the lake? 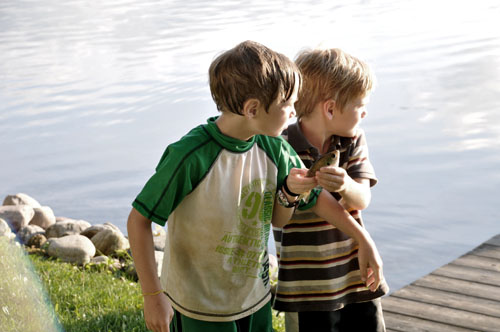 Santa Has Interoffice Mail
H...
Mighty Warrior Hearts
T...
Everything In Its Place
A...
Transitions and finding new ways to love...
I...
About Those Lettuce Wraps
S...
Potato-Leek Soup For Christmas
I...
Share on FacebookShare on Twitter
clean, Laugh, the lake house
2 comments to “All I Need Is A Net and a Pole”