At first, he made me a slew of dresses in the prettiest origami paper he had. Now, I use them as bookmarks, because I love looking at them so much — I can’t get enough of them. 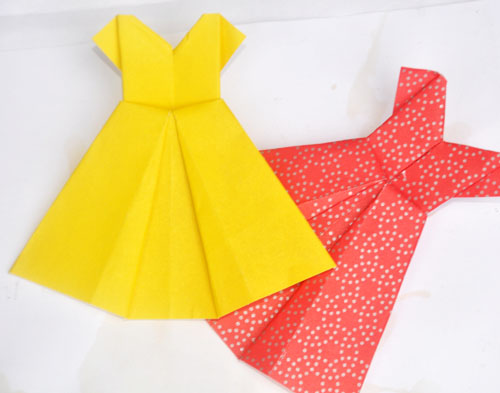 When I ask him to make me a new one, he never hesitates… he just grabs a sheet of paper (anything — even pages from the big Restoration Hardware catalogue — that’s the grayish-brownish dress.) 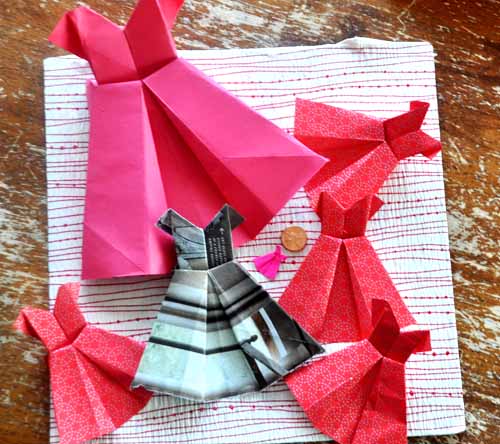 My friend teaches art at a local elementary school. I showed off my dresses to her — she melted. She asked my little origami man to come to her school to teach the kids how to make origami. He said sure.

This was a big deal. She had to get approval of a quite skeptical principal before my son could be officially invited to come in. She got that approval… with a bit of skepticism, and curiosity.

Then, even though my son is a second grader, she decided to limit the craft to third graders — she wasn’t sure if the second graders could do origami. That turned out to be a good choice.

The date was set — February 14, 2012. We decided to split the class into two groups — boys will make Ninja stars, 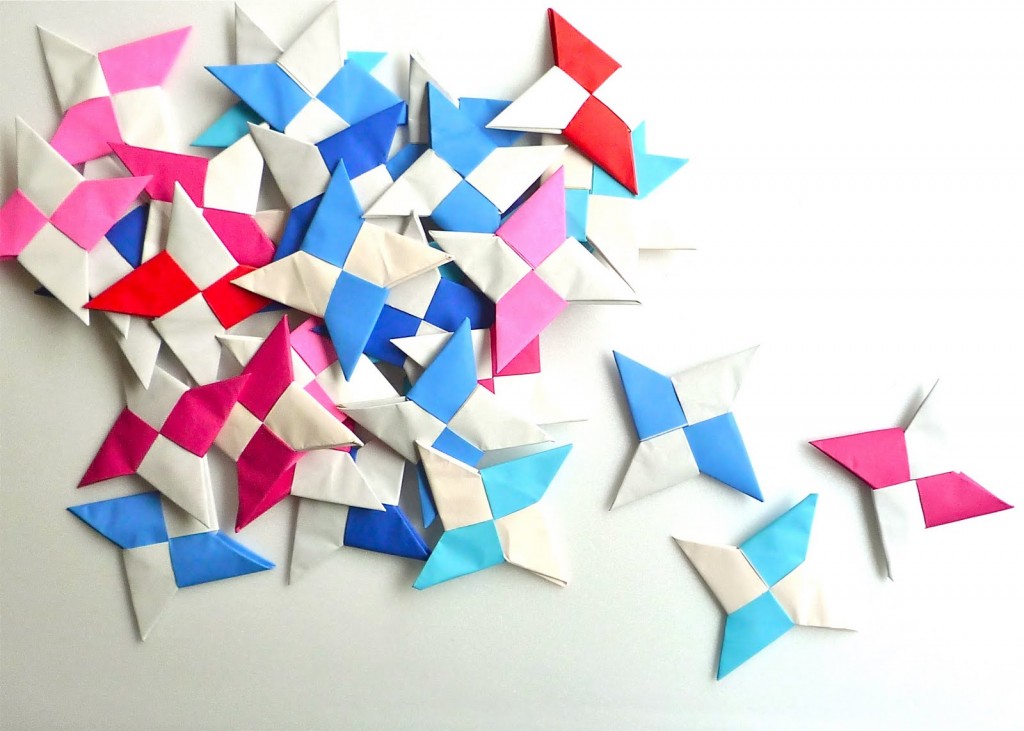 and the girls will make dresses. Two separate classes — all third graders. (Notice how much bigger those boys are than my little man!) 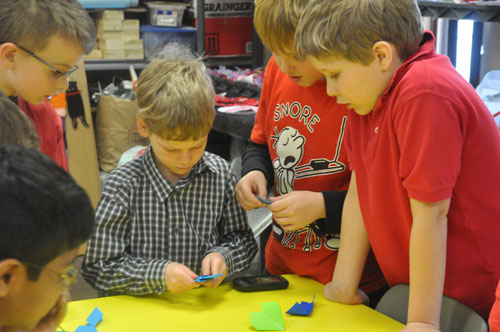 My son stood at the front of the class and began to explain what to do. The teacher asked the kids to pick out their own origami paper, admonishing them to only take one sheet at a time. He began to teach. He was adorable. At one point, during the quiet times between folds he said, “This must be really awkward for you guys to learn Origami from a second grader.” They said, “You’re awesome… it’s OK! We don’t care if you’re a second grader.” 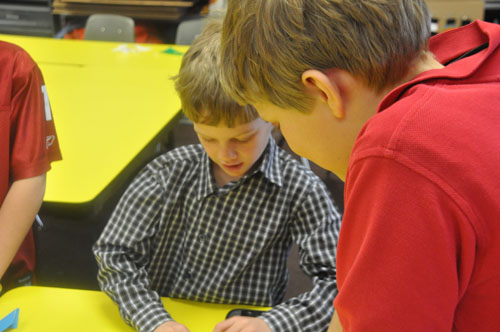 The principal peeped his head in to watch, as did the band director… and a few other elementary teachers from other classrooms, who just “happened to be walking by.” Their curiosity about the little boy teacher diminished as they saw how quiet the classroom was, and their attention was immediately diverted to those gorgeous little dresses. “Just how does a piece of paper become a dress?”

One little girl had trouble with her dress folds, so he came over to help her… efficiently and direclty he told her where she went wrong, and helped her a bit. Then, when she was caught up, noticing the stack of extra origami paper she had under Â her arm, with similar folds, he said, “It’s best to only work on one dress at a time.” (Yeah, Missy — my thought — not his.) 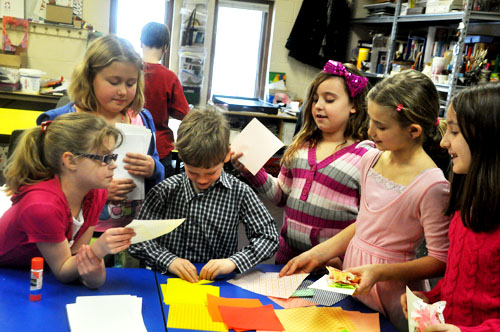 The school custodian also had the job of herding the elementary students to their classrooms between classes. He also had a speech impediment. He was fascinated by my son… wanted to know where he went to school, and how he learned this, and what else he wanted to do. He was so kind. And my son, looked him squarely in the eye and answered all of his questions, not even questioning how long it took for the man to spill out his words.

Between classes, my son slumped in a chair and said, “His fingers hurt.” He worked them to the bone, making cranes and stars and all the other requests the kids had at the end of the class. 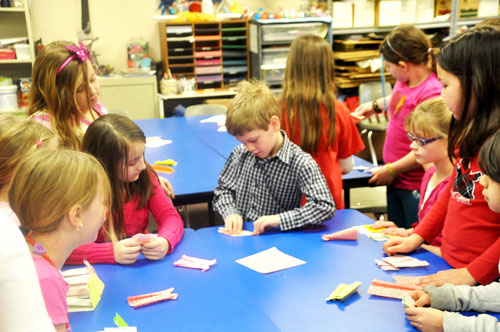 By the end of the second class… he was physically exhausted.. and ready to move on to his own Valentine party at his own school.

You know you're in lake county when...
t...
Can I Please Go With You?
I...
Confession: I'm Raising Mosquitos
S...
Trap
W...
Hipsters, Mason Jars and Hendrick's Gin
M...
When the Lake Comes Together
...
Share on FacebookShare on Twitter
clean, Laugh, protected
4 comments to “About Those Dresses”