This surgery just snuck up on me and got the better of me. I’m not saying it won… But it was a struggle. And the first step was recognizing I needed to be recovered.

With surgery, there are so many extra moving parts to contend with. You forget these things, when we are busy living our lives, taking our health for granted, and cliwmbing mountains we have no business climbing. But there is one grateful thing about ACL surgery… Things move fast…. So the big challenge, of whatever it was, is almost gone an hour later. This is where the mercy comes in. The big challenges after surgery mercifully disappear in hours and days.

THere’s the plastic bag, duct tape fiasco you must build to take a shower… Only to look down at your leg, mid-shower, to see that the bag has ballooned into a water balloon around the stitches… I panic, rinse, shut down the shower, and start ripping at the twisted duct tape, that has now bound itself into a knot and won’t budge, while in my head, I hear the instructions, “you don’t want your stitches soaking in water…” And mercifully, IÂ finally pull out the magic duct tape thread and realize that my leg is dry, underneath that bubble. (Maybe it was the prayer IÂ said.)

The panic of not remembering when IÂ took my last pain pill and thinking i need one now. And all the anxiety over liver damage…, and you just can’t see what’s happening

And it was inevitable, that the house would grow its own clutter while I’m down. I wake up and chaos seems to have grown and developed all around me. Â And I try not to care… Because I can’t. But even that is a struggle.

When going to see my physical therapist is, actually, a highlight. One step closer to freedom. And things are getting there fast.

But here’s the one thing: those drugs, are awful. They sort of take over, and they leave you, what makes you joyful, behind. The worst part of surgery is when the things that made you joyful just don’t catch your eye any more. It’s suddenly too much effort to engage. The challenge is getting back in control of your mind, and deciding to move past this bored, apathetic place.

It was in this state that I had the worst birthday ever… And it was all in a state of mind.

it to took more than a day to be able to keep any food down, even after I stopped the pain pills … And once those had left my system, I could start the reconstruction work.

So, really, it was just a matter of time, after my obsession with Foyle’s War, before I found myself engaged with Land Girls. It actually took quite a bit of effort to turn on th iPad, and settle down to focus Â on anything, actually. Â But once I did, I was rewarded. Â What is it about these WWII dramas that are so intriguing? This was a very dark time in history, and against that backdrop, they plant potatoes, they stew cabbages, making fermented carrot juice, they tie their hair up in beautiful scarves, and they make tea. There is something quite intense about watching their hands on the hearth, building comfort, and tending to the mundane, against the backdrop of such terror that shows courage and character. And did you know those rolls I their hair were actually called “victory rolls?” Everthing about them just knew, they we destined to win. 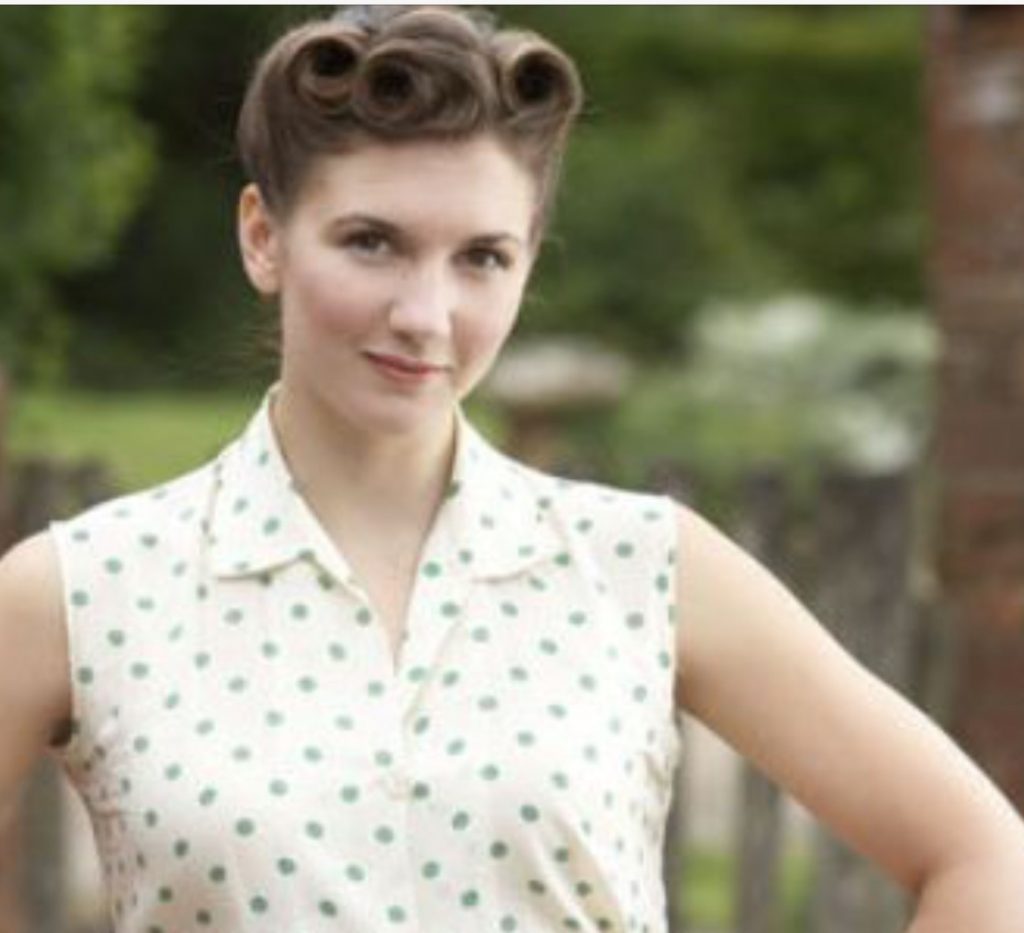 And in a world where none of us seem to know who our enemy is, and victory seems elusive.,, those victory rolls send us an important message.

Nosebleed Seats
T...
Turn a Hand Into A Keepsake Turkey
...
Spy Club
M...
When the House Falls Apart and There is Nothing I Can Do About It
S...
A sight for sore eyes, and tired dirty hands
...
The Best, Easiest Way Yet to Hang Posters and Engineer's Prints
...
Share on FacebookShare on Twitter
Life