But he wasn’t satisfied with a 5:08. There’s a school record he believes needs broken, and that will require a 4:56. 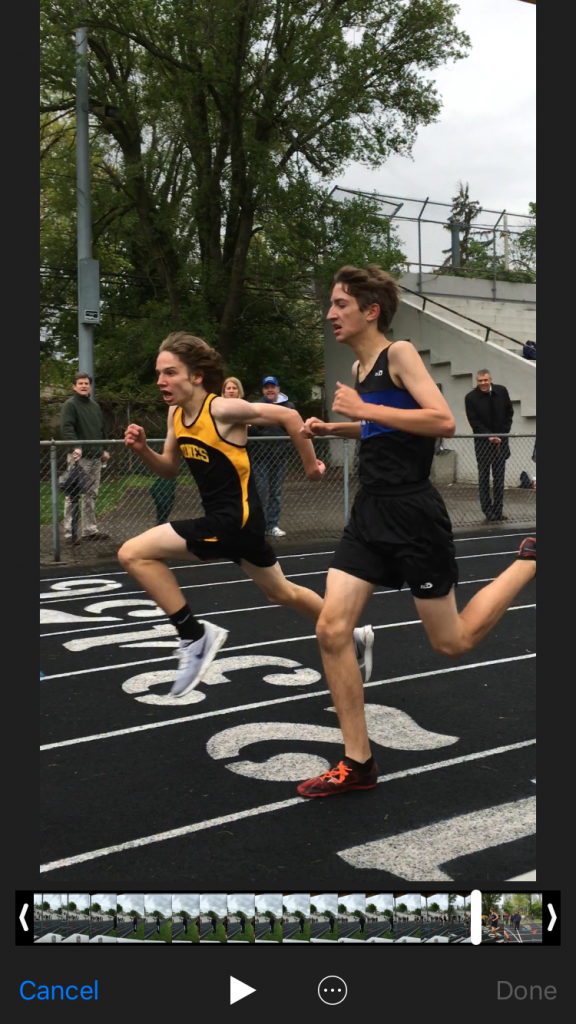 So, in last night, one of the critical end of year matches, the heat burst out suddenly, and I worried. I had been worried all day that if he fell behind in the first lap, how would he ever recover.

It sent by so fast, those five minutes, when he shaved another 9 seconds off his time, to come in at 4:59. But he was not happy. Still fell short.

Would he just give up and quit, and say, all my effort is just too pointless? Why bother? Why try? How to keep the spark alive? Kids ar so precarious at this age… A single event could change the direction of their life forever…

So, I kept my distance, before reminding him this is just one race for the rest of what is probably a very long career.

Then, he found me, and he was smiling. What new hope had revived him?

“I was scouted mom.”
What do you mean?
“The high school coaches are here,and they were asking me about xcross, and track for next year… They want me on the team.”

Later,most ill in the glow of them saving this runner, I thought, how nice for a timid freshman like him to walk into that high school, knowing that someone is waiting for him.

Quick, easy Valentine's Day Dessert
W...
I Wanted to See His Name... Not Just Touch It
"...
I'm Friends With My Son's Ex-Girlfriend
I...
Puppy's First Day At The Lake
Y...
The Blizzard of 2008
A...
How High Do Planes Fly?
I...
Share on FacebookShare on Twitter
clean, Laugh, Life, memories